There's a lion in my garden!

Ok, so we live in a game reserve, so you would expect to have animals in your garden.
We have hungry Elephants, Hippo grazing at night on the lawn, Impala, Waterbuck, loads of Warthogs and many others that I have not mentioned. 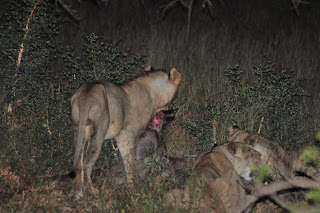 But when the lions start taking them off our lawn at night it is rather surreal. This lioness and her two sub-adult cubs managed to take down two young waterbuck. One on either side of the garden. They came up one of the tracks to the back of the house, the cubs split off to the right and the lioness to the left. The small herd of waterbuck bomb shelled, for two of them it was too late. 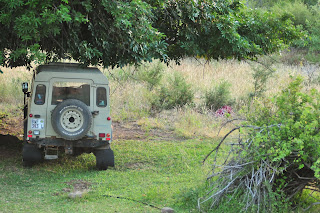 I was amazed that between the three Lions they finished off both sub-adult Waterbuck in little over three hours. The remains can be seen just to the right of the Land Rover.
The Jackals and Vultures finished off the little that remained during the day.

I was able to piece this all together having only seen part of the story unfold, thanks to the recent tracking course I did with Colin Patrick, I have taken to tracking everything. The course is fantastic and I would recommend it to anyone interested in broadening their wildlife knowledge. 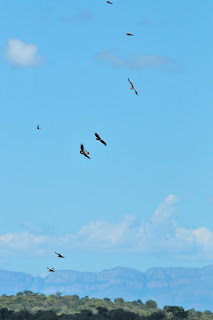 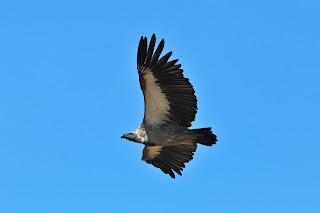 A White Backed Vulture giving us a wary look as they circle the house. 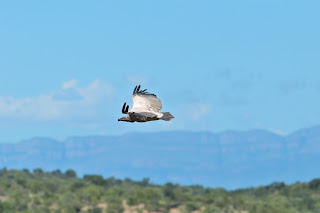 There must have been at least a hundred Vultures - quite a spectacle when you are sitting below. 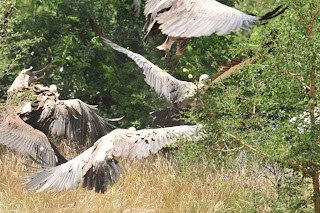 Taking off with full crops.

Posted by Sean Pattrick at 9:23 PM No comments: